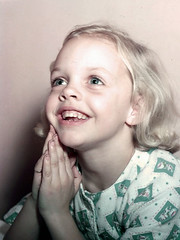 One thing we get asked about a lot on this site, and one thing there is a great deal of confusion about is the Eucharistic Prayers for Masses with Children. The Awesome Catholic Leader (Aussie Catholic publication) had a great article, which we have reproduced in full…

WHEN the second edition of the Sacramentary in English was printed in 1985, it included for the first time three Eucharistic Prayers for Masses with Children.

All these prayers are restricted to Masses which are celebrated with children only or where the majority of participants are children, although the local bishop may permit a broader usage.

The first two of these prayers were originally composed in French and the third in German.

When they appeared in 1974, conferences of bishops were invited to select one of the three for local usage.

But by 1983 all of the prayers were published in Latin, which then became the original language from which all translations were to be made and the conferences received permission to translate and use all three of them.

While the Congregation for Divine Worship gave translators the freedom to let the text "correspond fully to the requirements and idiom of the respective language", many people believed that the more vernacular and even colloquial flavour of the original French and German has been lost in translation from Latin to other languages.

Although these prayers for children feature language appropriate for children, they have the same elements and structure as Eucharistic Prayers I to IV and the wording of the introductory dialogue, the institution narrative and the closing doxology is identical to that of the adult prayers.

This is because they are intended to lead pre-adolescents to the celebration of Mass with adults.

Two of the children"s Eucharistic Prayers include responses that are repeated during the prayer to enhance participation.

When the Vatican published the third edition of the post-Vatican II Missale Romanum in 2002, it located the three Eucharistic Prayers for Masses with Children in one of the appendices in the back of the book.

They were removed from the heart of the book for a practical reason – they are in Latin and there would never be an occasion when you would lead a Latin language Eucharistic Prayer for Children because it would defeat the entire purpose.

In 2008 the Congregation for Divine Worship and the Discipline of the Sacraments reissued the third edition of the Missale Romanum.

This time they removed the children"s prayers entirely from the book. They no longer appear even in an appendix.

The reason is logical: the Missale Romanum is the book people use when they celebrate the post-Vatican II Mass in Latin.

The Latin children"s prayers are not used in liturgical celebrations; they exist only for purposes of research and translation.

Because the Vatican wants the vernacular books to resemble the Latin originals as far as possible, the children"s Eucharistic Prayers will not appear in the new English translation of the Roman Missal.

Work on the revised translation of the children"s prayers had begun with the rest of the 2002 Missal, but it was put on hold after the amended Missal was published in 2008.

Once the revised Missal has been published and fully implemented, those wishing to use the Eucharistic Prayers for Masses with Children will have to use the current Sacramentary that contains them.

That is the translation that will still be in force.